The king eider that turns up on the Ythan estuary is a bird I've always wanted to photograph after having a brief view a few years ago. So after being told by Mr & Mrs Caley's that it had been reported twice this year I decided to add 3 days to a trip I had planed in Northumbria. This would give me a day to get up to Scotland and two days on the estuary before carrying on down to the  Frarns.
During my two days on the estuary I had two very brief chances to get a few shots and these two chances were both on the first day! 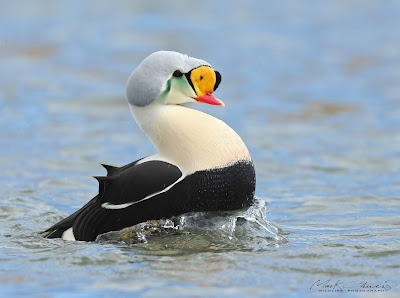 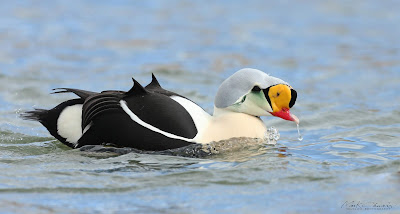 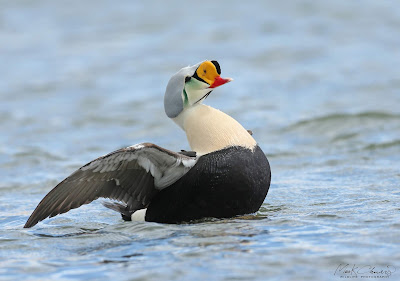 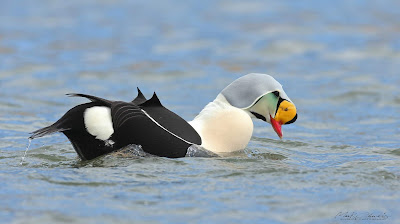 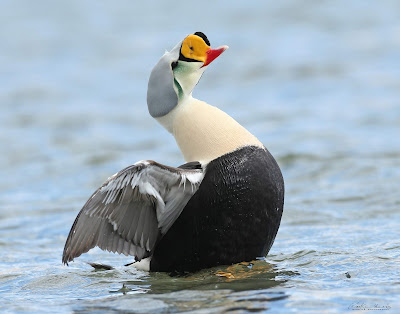